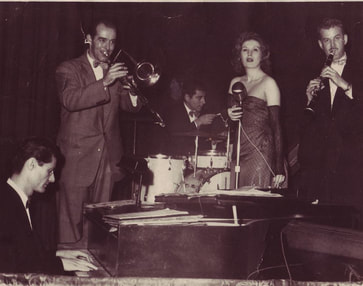 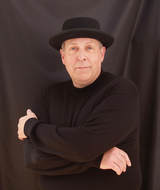 Jeff Orchard
SAN FRANCISCO -- When Jeff plays piano you become part of the music.  Toes tap.  Heads move in rhythm. Moods and conversation brighten as Jeff digs into his repertoire of jazz, be-bop, blues and tunes from the Great American Songbook of George Gershwin, Cole Porter, Duke Ellington and other greats.
​     The vibe evokes the musical ferment of early-to-mid-20th-century America at clubs, restaurants and parties in New York, Chicago, New Orleans and San Francisco.

Jeff Orchard, 1970s.
As a sideman, Jeff played jazz  piano in the 1970s in New York. He performed with famed trumpeter "Little Jazz" Roy Eldridge's band at Jimmy Ryan's.  He also teamed up as a duo with his father.  Orchard & Orchard performed in the 1980s at venues such as Cafe Un, Deux Trois and the Star & Garter.

After a hiatus as a defense attorney,  Jeff is performing again, enjoying work as a musician and helping to  keep the American jazz tradition as vibrant as ever.

Orchard & Orchard
Get Band email for free at ReverbNation.com